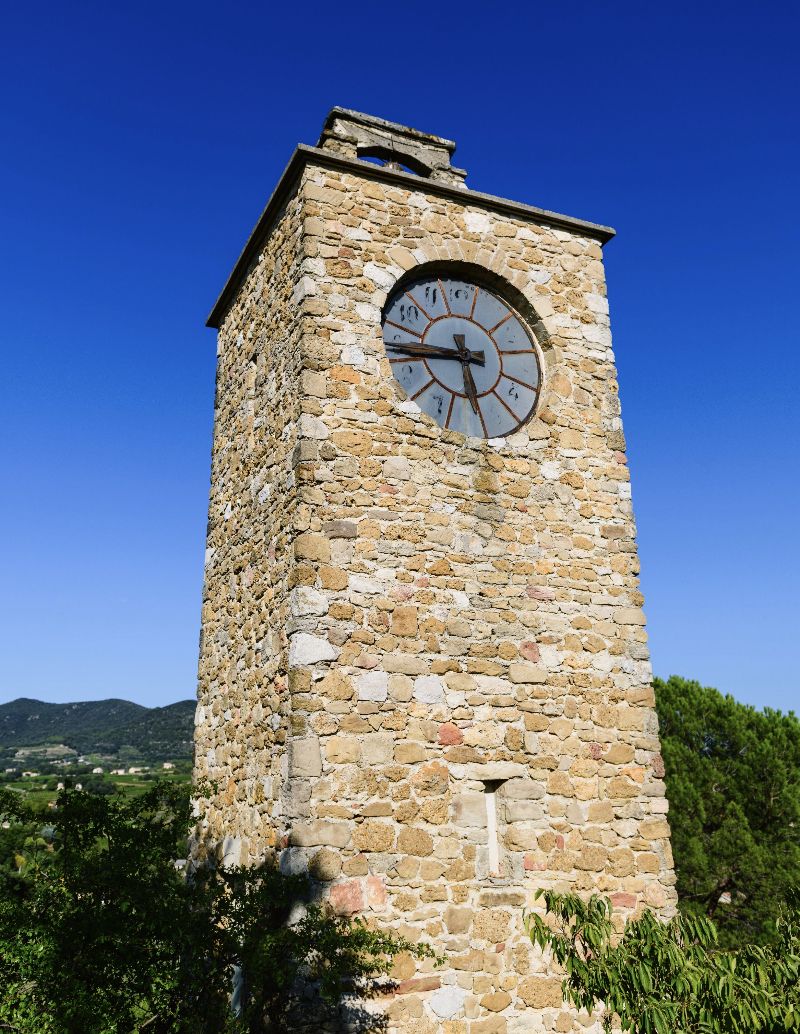 Vines have been grown in Puyméras since ancient times. Their cultivation is an integral part of the history of the village and its inhabitants.

In 1930, the cooperative La Comtadine Dauphinoise was created. At the time, the executive board counted 12 people, including the families that would go on to found Cave La Comtadine: the president Tildin Bouquet, the secretary Joseph Arlaud, the vice-presidents Léoppold Girard and Joseph Vincent, the treasurer Zelma Murey and the members father Albert Gerbaud, Gustave Cevret, Aristide Imbert, Germain Richaud, Ernest Sauvan, Victor Teste, François Rigaud.

Many years later, the cellar, today called Cave La Comtadine, is mostly made up of the descendants of those who originally created the cooperative. It counts 220 families who cultivate their vines on the land of their ancestors. The Cave La Comtadine vineyards cover more than 1300 hectares spreading between 20 villages in the Vaucluse and Drome Provençale. The cellar took the name Comtadine in 1989 to claim its allegiance to the region of the Comtat Venaissin.

Since its creation, our cellar has evolved significantly, in quantity and quality. From less than 5000 hectolitres the first year, our cellar now produces around 55,000 hectolitres each year, of which 80% are AOP wines. This production increase was accompanied by a policy of investment to further respect the quality of the grapes and to make ever higher quality wines. 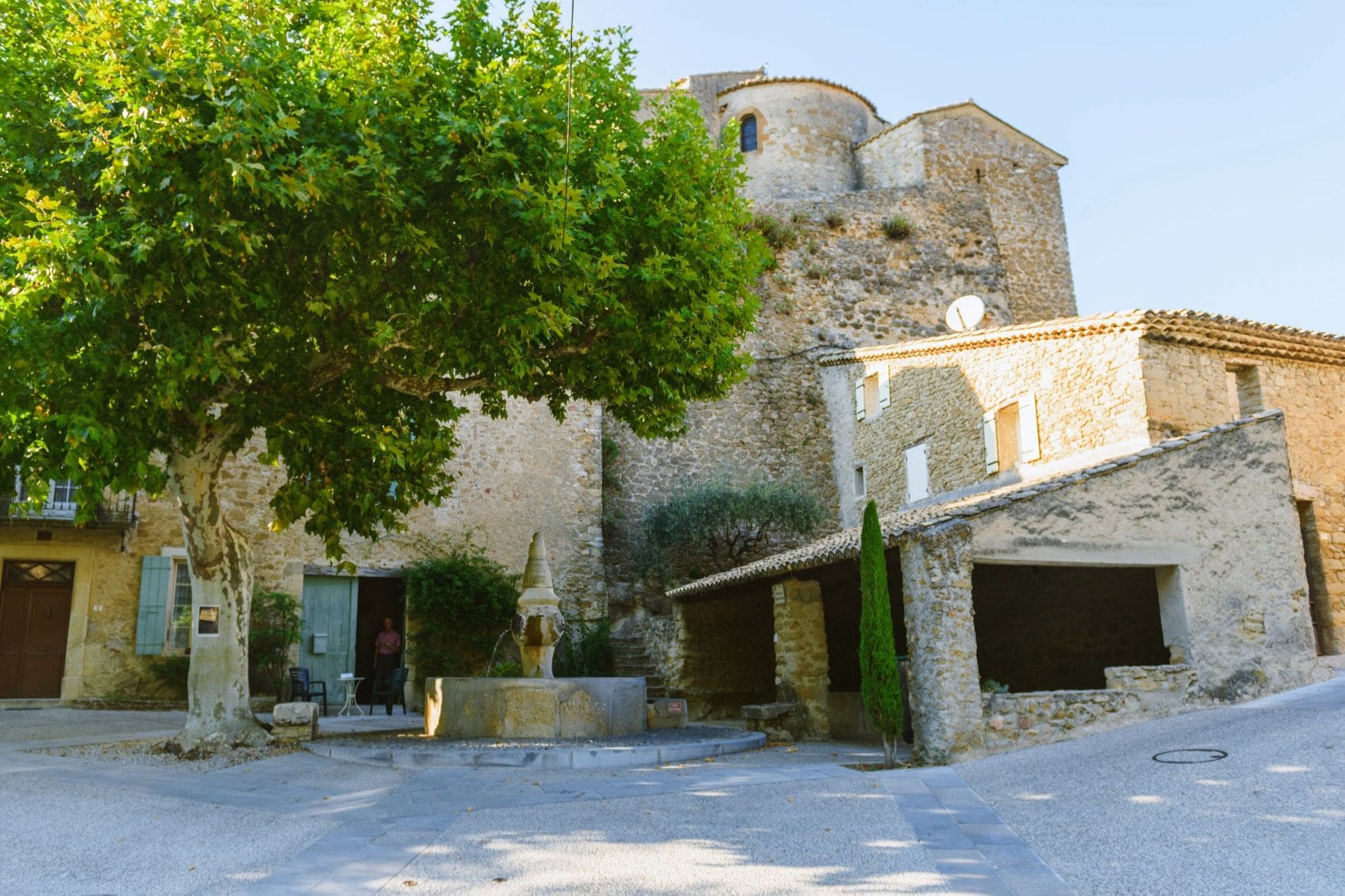 Cave La Comtadine is the region’s leading producer and played an essential role in obtaining the ‘Côtes du Rhône’ designation for the villages of Puyméras, Faucon, Saint Romain en Viennois, in January 1970, then for Mérindol les Oliviers and Mollans sur Ouvèze in July 1973. These five villages then grouped together to obtain the ‘Côtes du Rhône Villages Puyméras’ designation in 2004, after over 20 years of campaigning to gain recognition of the quality of the wines produced by these terroirs.

The name of our village changed a lot before finally stabilising. In 1228, it went by the name “Castrum de Podio Almeracii”, “Castrum” designating a fortified village, and “podium” being the Latin word for height or elevated place. Indeed, in those days, the dangers drove villages and towns to take refuge on high land. So, our little village was already an elevated site, a designation conserved by the prefix “Puy”. The name “Almeracii” is that of a powerful family in the region. In 1378, we see the name “Pue Almeras”, in 1551, “Puymeiras” and finally “Puyméras” in 1556. 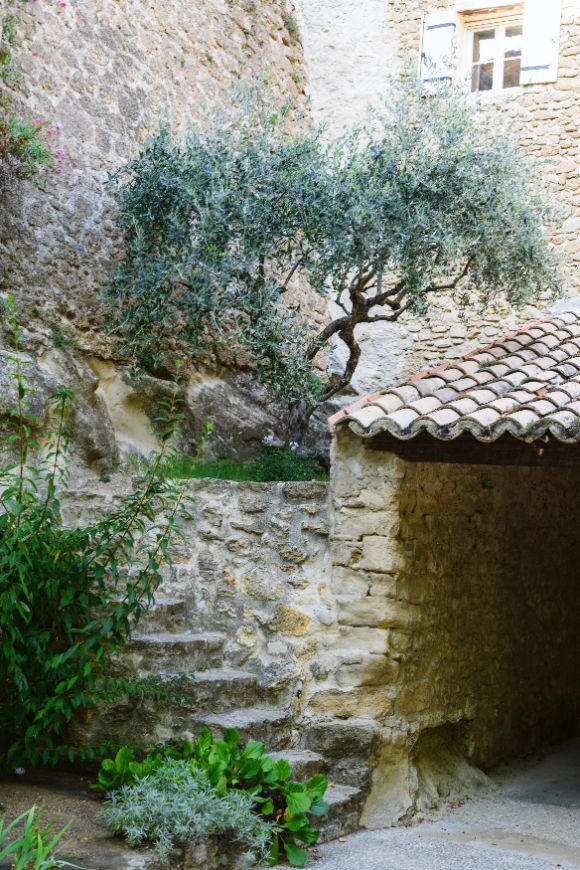 Puyméras was once surrounded by ramparts. If you walk around the village, you will notice some traces of this, notably under the “barris” where you can still see a round tower and the gate of Sabrun, an ancient, vaulted, entrance gate giving on to the “Grand Rue”. Further to the west, and lost in the brambles, the vestiges of another tower mark the outer limit of the village which was once larger than it is now. In the “Grand Rue”, the ornate little 19th Century oratory long sheltered “Notre Dame la Brune”, one of these “Black Madonna” statues in ancient dark wood, now exhibited in the village church. And you can admire the two fountains, the soul of the village, with their age-old washhouse. The fountains have inspired a great many painters and photographers.
Puyméras, a small village with 624 inhabitants, set at an altitude of 350 metres, is proud of its origins. With its 1400 hectares of vines, still today, and more than ever, it makes the most of the passion for, and work of the vines. 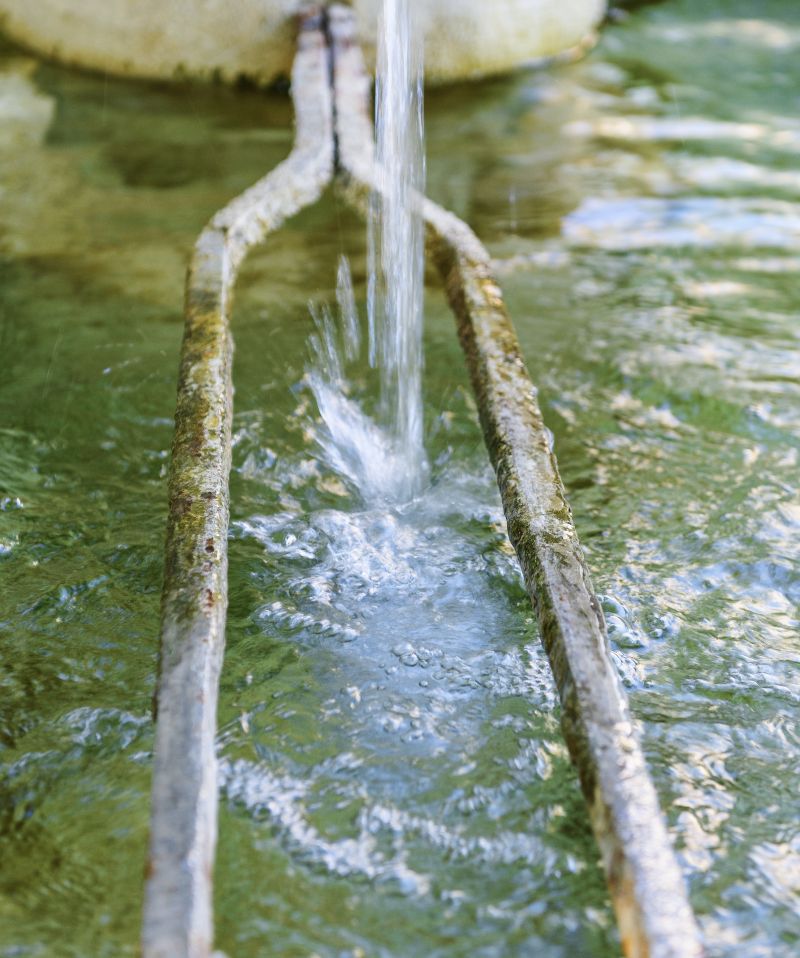